A few weeks to the presidential election, a long-time ally of Dr Rabiu Kwankwaso, the presidential candidate of the New Nigeria People’s Party (NNPP) Dr Babayo Liman who is also the north east secretary of the party has defected to the Peoples Democratic Party (PDP).

Addressing journalists yesterday in Gombe, Liman declared that he would henceforth work for the victory of the PDP presidential candidate Alhaji Atiku Abubakar in the upcoming presidential election slated for February.

Liman who was a member of the NNPP presidential campaign council said he decided to resign from the NNPP and defected to PDP to support the activity and candidature of Atiku.

He claimed that he registered more than 3.6 million people from the north east into the NNPP promising that he would go round the region and mobilize them to join Atiku Abubakar’s team.

“I am resigning my appointment as the northeast zonal secretary of the NNPP, as a member of the presidential campaign council of the NNPP and as a coordinator of the Kwankwasiyya in the zone. 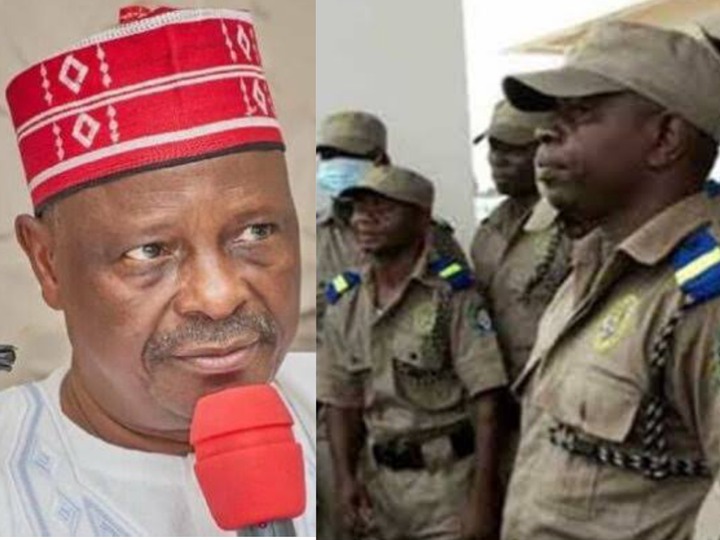 Ebonyi State Police Command on Monday paraded one Ebubeagu Commander, Nnamdi Omeoha and twenty-five (25) other suspects over alleged killings and wanton destruction of valuable properties, including the house of the All Progressives Congress, APC, Chairman, Stanley Emegha. 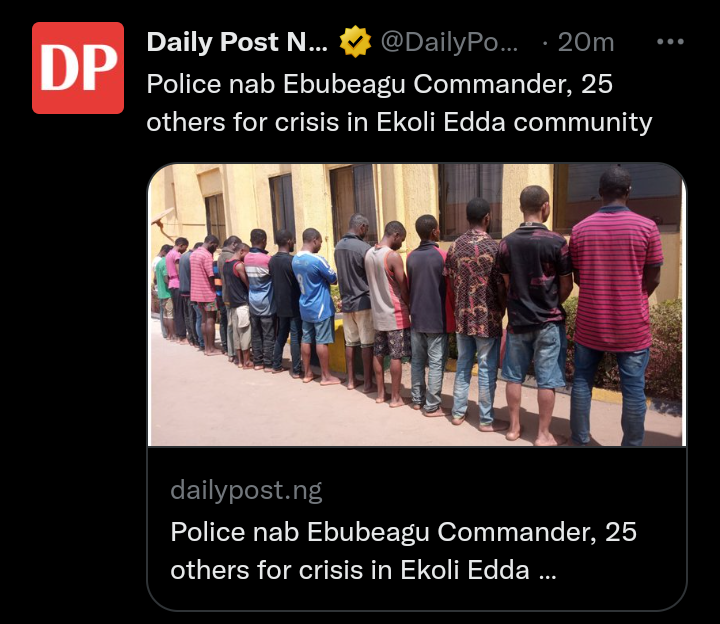 The Commissioner of Police, Aliyu Garba through the Command’s spokesperson, Chris Anyanwu said the suspects were arrested in connection with the killings and razing of houses on 26th of December 2022.

Gunmen suspected to be bandits have killed a councillor in Shororo local government area of Niger State, Saleh Alawa and raided communities around the area abducting scores of people. 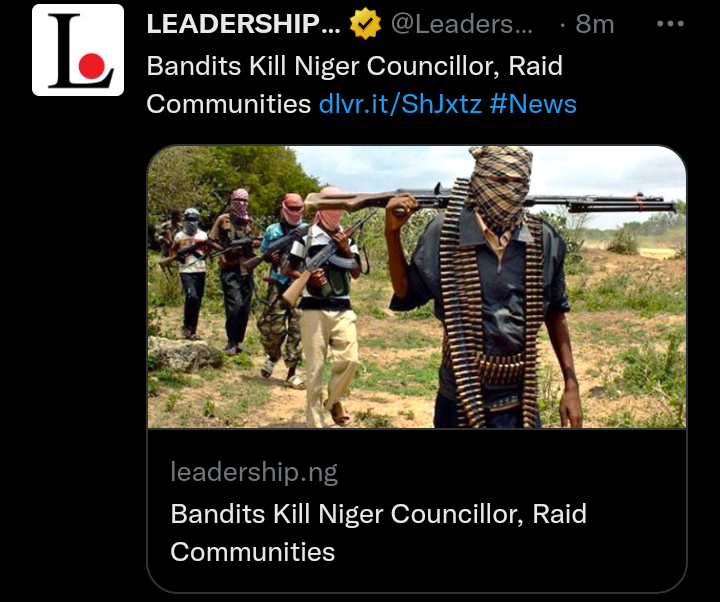 It was learnt that the bandits might have acted on the information from an informant to lay ambush for the councillor who was shot at severally and died at the spot.

A source who prefers anonymity said “Bandits riding on hundreds of motorcycles are also around Gwada. They are assembling in Katarma, a few kilometers to Sarkin Pawa. A relative of mine in Mutun Daya cried out to me, that their villages are under siege and that Chibani, Kabula, Zazzaga, Mangoro, Daza and Fuka are dens of terrorists”. 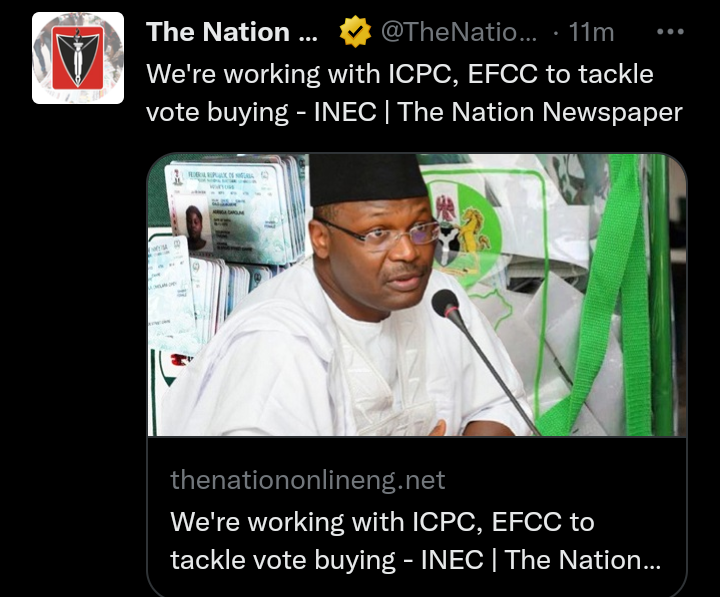 The commission described vote-in-exchange for money as a cankerworm that had eaten deep into the country’s political system.

The INEC Resident Electoral Commissioner (REC) in Rivers State, Johnson Alalibo Sinikiem, spoke on Monday in Port Harcourt at the opening ceremony of the 2023 Week of the Correspondents’ Chapel of the Nigeria Union of Journalists (NUJ).

Speaking on the theme of the Correspondents’ Week: “Media Vigilance Ahead of Peaceful 2023 Election In Rivers State”, Sinikiem said the electoral body had sensitised the youths in various villages in the country to monitor and report anyone involved in vote-buying.

President Muhammadu Buhari has arrived Lagos where he will unveil five key projects in the state within the space of two days. 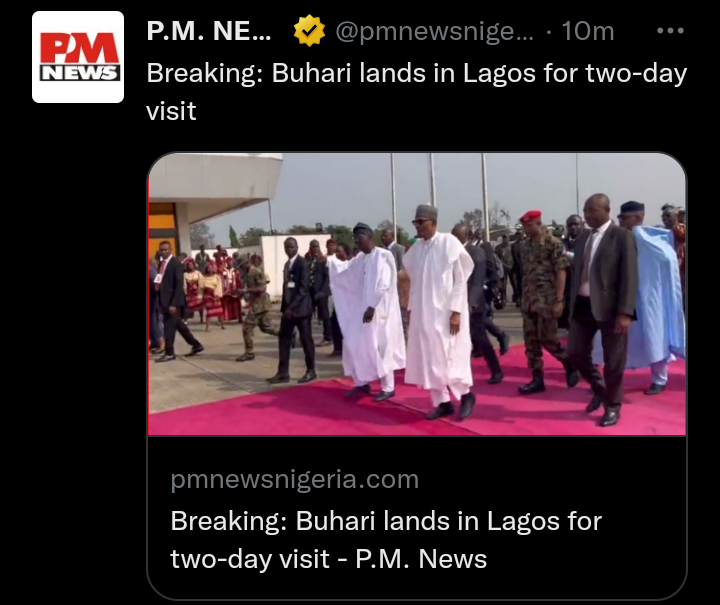 The president arrived the Presidential wing of the Murtala Muhammed International Airport around 3:38pm on Monday.

Buhari was received at the airport by Governor Babajide Sanwo-Olu of Lagos State. Also at the airport to receive him was the Ogun State Governor, Dapo Abiodun.

A brief ceremony was held at the airport, where the president inspected the guard of honour.

He later departed the airport through a Chopper to the Lekki Deep Seaport, which is one of the projects he will unveil while in Lagos.

In Lagos, Buhari will unveil the Lekki Deep Sea Port, the 32-metric tons per-hour Lagos Rice Mill, one of the largest in the world; the 18.75-kilometer 6-lane rigid-pavement Eleko Junction to Epe Expressway; the John Randle Centre for Yoruba Culture and History and the iconic Lagos Blue Line rail project.

145 Nigerian Catholic Priests Killed By Terrorists, 30 Others Kidnapped In Several Attacks In 2022

At least 145 Nigerian Catholic priests were killed and 30 others were kidnapped in 39 terror attacks in 2022, according to a report released by SB Morgan. 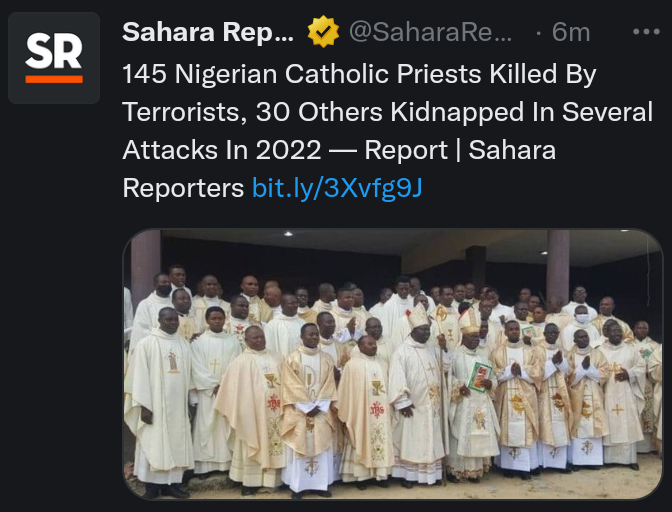 It was further revealed that the 39 terror attacks recorded against the priests were 28 kidnappings, 3 herdsmen attacks, 2 attacks from IPOB militants, one mob violence, and one banditry attack.

Meanwhile, due to frequent terror attacks in Nigeria, most foreign countries have warned their citizens not to visit Nigeria.

For instance, SaharaReporters reported how the United Kingdom and the Australian government advised their nationals not to visit Nigerians over threat of electoral related violence and terrorism attacks last Thursday.

This was seen in statements released by the commonwealth nations alerting their citizens of how insecure it was to travel to Nigeria.

Content created and supplied by: Newslight (via Opera
News )

” You Are Making a Grave Mistake, You Are An Economic Saboteur,” Mudavadi Badly Embarrasses Raila

What does Blinken’s Middle East visit hope to achieve?