President William Ruto has been told that the Luo Nyanza region is now safe and ready to receive and welcome him.

The region is among the ones he has been least visiting, thanks to the rivalry between him and Azimio La Umoja leader Raila Odinga, the regional kingpin.

But he has now been told that things have cooled down and he can visit the region and bring with him goodies for the people in form of development.

County Director of Global Peace Foundation Daniel Juma said that the region is ready for Ruto, and acknowledges the fact that he is now the President of every Kenyan and not only a section of the country. 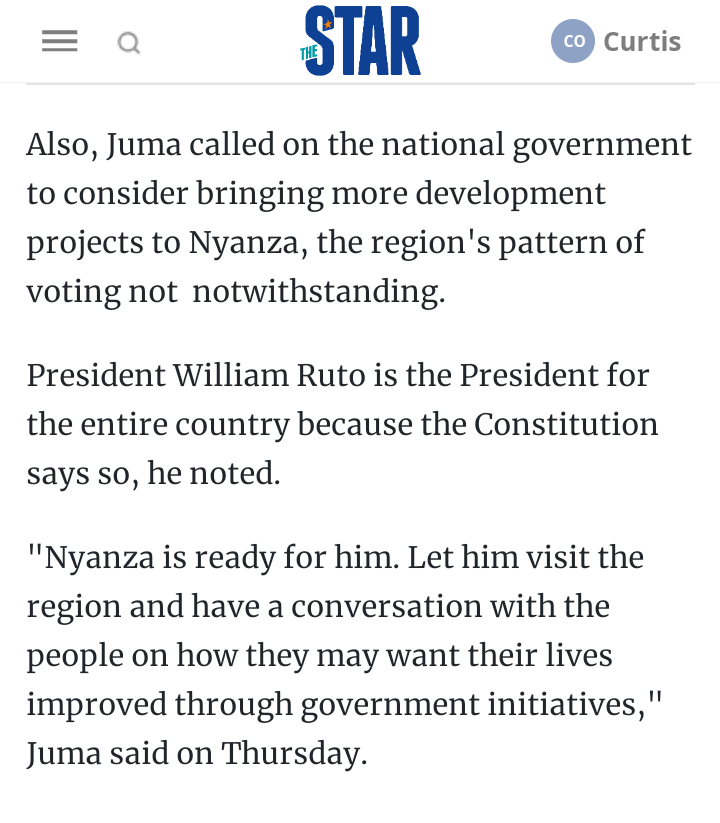 “Nyanza is ready for him. Let him visit the region and have a conversation with the people on how they may want their lives improved through government initiatives,” he said in Ukwala on Friday.

He rubbished the narrative that Luos are violent, arguing that they are only vibrant.

“The people of Nyanza are very colourful and vibrant and that is who we are,” he added.

During the campaign period, Ruto’s attempts to address Kisumu residents proved futile after his convoy was stoned. He would later blame it on Raila.

In the elections, the region gave him the least votes, with the most being cast in favour of Raila, who emerged second in the contest.

Content created and supplied by: Otieno-Onguko (via Opera
News )

“You Don’t Know Us, Go Ask Moi” Raila Warns Ruto Against Underrating Him In Jacaranda

50 GB of unreleased Michael Jackson content, including unreleased songs and demos, have leaked after a laptop & hard drive belonging to MJ’s engineer...